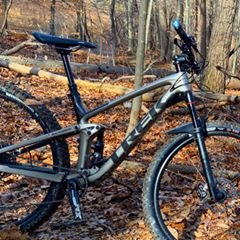 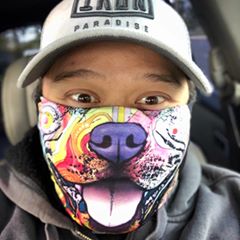 Request information today to learn more about our programs! Get Started Now

Injuries are always going to happen if you train in Jiu-Jitsu. It’s part of the journey. How does BJJ stack up with other martial arts in terms of rate of injury?

It has often been said that you are typically less prone to serious injuries when training and competing in BJJ than in other more high impact martial arts.  Why is that? First of all, there is no striking in BJJ (in sports BJJ at least) so you will not suffer from head trauma, broken nose, broken teeth… You will still get injured but according to injury data obtained from records of on-site medical coverage at 8 statewide BJJ tournaments in Hawaii, USA, between 2005 and 2011, you are still less likely to get injured doing BJJ than in other martial arts.

You will still get injured in BJJ though, but here are 8 ways that you can stay injury free as much as possible

1. Leave your ego at the door

You basically have two choices: Either you tap and fix your mistake next time you roll or you can try to escape a very tight submission and get injured, risking even having to go through surgery. That’s the magic of Jiu-Jitsu, you don’t actually need to get hurt to keep training effectivelly and that is exactly why the tap exists, to give you another chance. Another good point is to always trust your training partners, so if you feel you might get injured rolling with that guy, simply don’t roll with him. There is no shame in being tapped out, everyone passes through it and it’s part of the learning process.

2. Move in a controlled manner

Don’t use brute force to compensate for the lack of technique. Most likely you will injure yourself or get your training partner injured. Either way you don’t learn anything and might become “that guy” in the academy. It is very simple, if you get stuck in a position learn the proper technical way to keep going forward from there. Jiu-Jitsu is a very technical sport and there are infinite ways to deal with certain situations during a fight, all you need to do is to learn them.

Never roll without at least breaking a little sweat before it. Those drills at the start of the class exist for a reason. Most people go to training after long periods in which they were innactive for whatever reason, which could be sitting in the car, at a meeting, etc. This means your body is completely cold and your muscles are tight. A tight muscle is much easier to get injured.

Groin, knee and ankle injuries usually stem from tightness in the hip and the hip capsule. Most people who suffer from groin and knee injuries almost always have tightness in the muscles surrounding the hips.  In order to fix these lower limb injuries you don’t just address the knee or the ankle injury, but instead address the hip tightness itself. Once the hip becomes more mobile then your groin, knee and ankle won’t need to take on any additional stress and therefore won’t cause you any grief.  We all know those BJJ guys who are flexible in the hips they can put their foot wherever they want. Having flexible hips assists in injury prevention of the groin, lower back, knees, ankles and will also help avoid muscle strains in the quads, hamstrings, hip flexors, abductors and adductors.  You should start doing some really quick and easy hip mobility exercises that you can add into your weekly program that can help release the tightness in your hip socket.

Tape will end up being one of your best friends and every cent your spend on it will be worth it. It can help you prevent injuries or to train around small ones. Especially if you often train with the gi, your fingers might take a good beating from it and I am sure you don’t want to think about arthritis when imagining your future. A finger might be so small that you don’t even think about protecting it, but try rolling with a broken one and you will realise you need your hands healthy more than you ever imagined.

As BJJ athletes we must learn to accept that strength training is useful in the sense that it gives us a stronger armour to cope with all the bumps and bruises of hard training. If you look at a sport like rugby, almost all the athletes follow a rigorous strength training program so that they can survive the many concussions and heavy tackles that they receive in such a rough sport. Do your best to fit in 2 or 3 weight training sessions a week, targeting the major muscle groups in your legs and upper body.

7.Be less explosive when rolling

BJJ players that use a lot of strength and especially are explosive, have a higher tendency to get injured than those that have more technical and more ‘flow’ rolling style.Consider using more pressure and using a tight game, instead of using explosion.

8.Choose well who you are rolling with

It is basically common sense. If you know that guy is well known in the academy for cranking submissions and hurting his training partners, don’t roll with him. This applies especially if you are a beginner and don’t know your defenses and escapes well enough. Also don’t be afraid to say “no”, either to the coach when he pairs you up with someone you are not comfortable rolling with or to someone who asks you to roll with him.