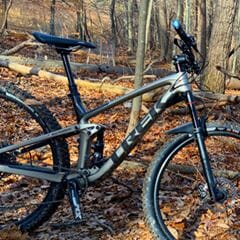 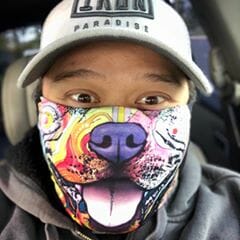 Watching someone’s footwork will tell me a lot about how the person will spar. Will they be able to generate power? Will they even be able to get into range to throw the technique? Do they know how to get out of range, circling left or right? Proper footwork ensures balance, speed, power and control. It simultaneously enables both dangerous offense and elusive defense. It is one of the most important things but is also one of the most overlooked things that a fighter trains. It’s the main thing I look at whenever I watch someone shadow box and can predict how they will spar, before they even put on the gloves.

Amazingly enough, as I was writing this my 8 pound cat started playing with my 60 pound pit bull. It’s awesome watching animals employ the tactics of footwork. Even though my cat has 4 legs, her ability to use them to maintain her long range is unparalleled. The pit will back up and charge while the cat circles and smacks him in the head with perfect timing. This whole episode only lasted a couple of strikes before I yelled at the Pit to stop  before he hurt her.  Actually, I say that so his “feelings“ don’t get hurt because in reality, if she wanted to bring out her little knives with her footwork, things might get bad fir him!.  Using animals as an example of footwork is a little out there but since it was happening when I was writing this, I figured I would mention it . This also gives you an everyday example of a smaller opponent that is able to defeat a much larger opponent.

If you watched the UFC in the early days when there were no weight classes, you saw the same thing. One of the best examples was Royce Gracie who was smaller than all of his opponents, He used footwork/ timing to close distance without being damaged. It allowed him to get to close range where he could use his superior grappling to submit all challengers. He never threw a punch or got hit and it didn’t matter what deadly technique the opponent had in his arsenal , Everything was nullified once he was in close range.

Isn’t this what attracts the majority of the people to Martial Arts? The image of the smaller person being able to defeat the bigger? Well that image is made possible with great footwork. It doesn’t matter if its unarmed or armed, combat footwork is always going to be a major priority. Watch any Filipino Martial Arts instructor thats teaching weapons and he will be going over footwork in every class. Even soldiers that carry rifles in the military drill footwork on a daily basis. The  ability to move as one unit when needed and move with all the gear necessary for combat, is something that is not easy To do. A infantryman is required to be able to run and move in a short explosive fashion as well as over long tiring distances. Even though the footwork is totally different from hand to hand combat (Which a soldier never wants to get into) it’s still footwork and the foundation for combat.

Here are some rules of footwork – You must always preserve the integrity of your stance. Correct foot alignment and foot spacing must be maintained no matter what direction you’re moving. This means no crossing your feet, no squaring up, no bringing your feet too close together or too far apart, no standing straight up, no removing both feet from the ground at the same time and generally no doing anything that removes you from your starting position any more than is necessary. Always on the ball of your feet and pivoting on the front leg. Learning how to circle left and circle right while staying protected.These are just a few things that you can think about the next time you are shadow boxing. These things and many more things related to your foundation will be drilled into you whenever you train at Evolve. It doesn’t matter if you are on day 1 or day 10,000 Of training, everyone from White Belt to Black Belt all warm up with footwork drills with the goal of perfection..

Remember Practice makes Habits… nothing is ever perfect but we will always strive for perfection.

Will see you on the mats:)